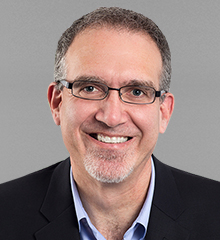 Saar Gillai is an accomplished senior executive and board director with over 25 years of experience in the technology sector. Through his experience, he has gained both technical expertise and strategic insights in a variety of key markets and applications, as well as an in-depth understanding of the evolution and adoption of cloud technologies and processes in the enterprise and service provider market. At The ExCo Group, he works with succession candidates, c-suite executives, and senior leaders in critical roles.

In addition to his work at The ExCo Group, Gillai currently serves as Chairman of Liquid Instruments, and as an independent board director at Xilinx and Semtech. He also serves as a CEO advisor to multiple companies.

As CEO of Teridion, a SaaS startup focused on cloud networking, Gillai grew recurring revenue by 50% year-over-year and expanded the product line to go after the SD-WAN market. Prior to his role as CEO of Teridion, Gillai was the Senior Vice President and General Manager of HPE’s Communications Solutions Business (CSB), a global billion-dollar division with over 4000 employees. In this role, Gillai integrated multiple units and acquisitions into one cohesive division focused on the Telco space. He established HPE as a key player in the software-defined next-generation service provider market and grew network virtualization revenue by over 10x within two years.

Before running CSB, Gillai spent two years as the Senior Vice President and General Manager of HP Cloud where he played a vital role in aggressively driving and consolidating HP’s disparate cloud efforts into a full business unit with the number one market position in a private cloud while working closely with F50 enterprises on their cloud adoption and digital transformation journey.

Prior to HPE, Gillai was SVP of Products and Solutions at 3com, where he played a key role in rebuilding 3coms enterprise offerings, driving the collaboration with H3C, a Chinese subsidiary, and ultimate sale to HP for ~$3B, achieving a 350% valuation increase in 18 months.

In addition, Gillai has held C-level positions at Tropos Networks and Enfora; two startups focused on Wireless Mesh and M2M / IoT, and spent seven years at Cisco Systems in a variety of leadership positions, including VP of Engineering for the Wireless Networking business unit.